the world has ended for all intents and purposes, and KILLJOYS like you are the only people left, save the mindless droves of people sedated into compliance by a war-mongering, resource-guzzling MEGACORP. you live on the FRINGES, far away from the big cities where society resides — deserts, abandoned suburbs, wastelands, etc. but around every corner are EXTERMINATORS, mercenaries hired by the megacorp to bring people like you in — or take you down.

DANGER DAYS is a fast-paced, high-stakes, post-apocalyptic game about big feelings, for 2+ players, a deck of cards, and some loud music.

inspired by DANGER DAYS: THE TRUE LIVES OF THE FABULOUS KILLJOYS by My Chemical Romance

In order to download this game you must purchase it at or above the minimum price of $5 USD. You will get access to the following files:

This is a deeply pulpy, flavorful, lightweight system about a group of messy rebels in the kind of suburban apocalypse that 2000s era post-hardcore imagined. It's a giant homage to My Chemical Romance, and it completely works.

That said, it does seem to want a very dreamlike tone---dive too deep into the specifics of worldbuilding and it starts to crumble, but run it on the same narrative logic as a music video and it's perfect and effortless---so it may take a little work by the GM to not explain and rationalize everything in the setting. Feeling is way more important here than applying a rationalist filter to everything, and you'll get way more mileage out of asking the characters to express themselves than asking them to explain themselves.

Fortunately, Danger Days' mechanics are strong, self-consistent, and kind of perfect, and you use a playing card deck in a way that's both simple, crunchy, and fun to interact with. Your stats tell you how much to draw, and then red cards are your successes, with face cards triggering powerful secondary effects. Black cards periodically reset into the deck, red cards don't---at least until you take a moment and deliver a heroic speech about emotion and freedom and the red cards reset.

On top of this, there's funeral rules *and* a mechanic for stealing the GM's place, which both works perfectly and is completely wild. Plus, when a character dies, their player always chooses how they go out. This feels extremely satisfying.

If Danger Days is missing anything, I think it's an instruction to the GM that every group should start with an objective. It doesn't have to be an objective that can fix the world or save the setting (this isn't really a game for that,) but it should be something the PCs can try to achieve before the forces of the world eventually grind them down and they die or go straight. Maybe it's a road trip, or a rescue, or killing a specific corp drone, or something for the PCs to focus on and hope that maybe they can get reality back onto the right track if they can just accomplish that one thing.

It won't work out for them, but that mix of acceptance and defiance matches the music.

Overall, if you like pulp, you like good mechanics, and you can suspend the parts of your brain that learned to grow up and give in, this is an excellent game to add to your table.

On the other hand, if you strongly dislike the music that shapes the game's setting and tone, or if you need a game that ends with a victory, this may be less your thing.

This is fantastic!! The resolutions are guided and specific and the stats tied to how many cards you can pull--how many chances you have at getting a good result--is very cool. I like that there's room here for counting cards during a scene--keeping an eye on your Killjoy's luck as it were!

this game is EXCELLENT, really well done and I love the card mechanic, really great job. One thing I seem to be missing is the Soul stat, it isn’t listed as one of the three in character creation, but I see you can lose it in fighting, curious if I’m missing something or if it was accidentally omitted

Thanks so much for the feedback! I moved the explanation of Soul around so many times that it's possible I took it out and it never made it back in -- I'll check through and update the document to amend that! 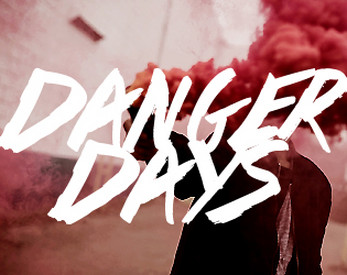